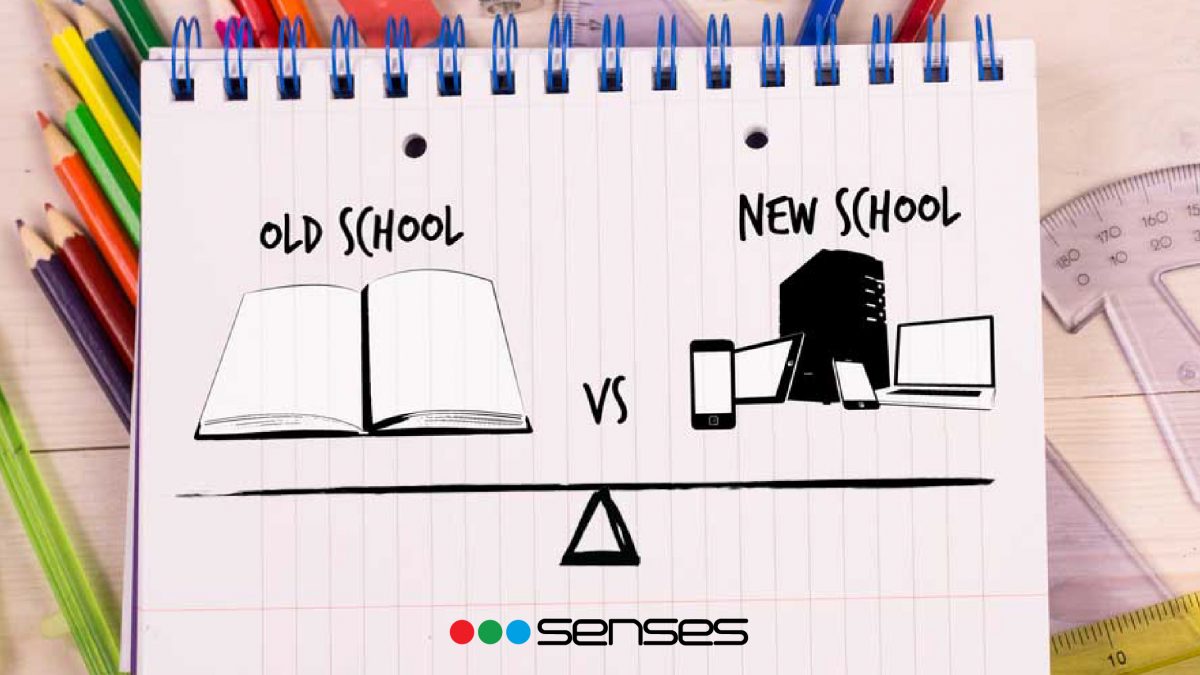 Education has been a continuously evolving field. In a country like India, we have seen our education system evolve for many decades. The history of the Indian Education system dates back to the 10th century.  Even though modern universities as an official form of education started building up in the 20th century, we have been known for our Vedic teaching methods and Puranas for a long time. Right from the point when we were pioneers of education and attracted students from all over the world to Nalanda university and Takshshila University to the peak of the Gurukul era to classroom teaching and now the everyday evolving digital learning space. Even though we have come a long way in garnering the digitalization of education to the students, we still have a long way to go in order to shed certain tentacles of the traditional or age-old education methodology that has been so stubbornly embedded into our minds.

First of all, let us dive into the main divide :

As the name suggests, this is our traditional teaching methodology that has been followed ever since the concept of teaching emerged. It is a rooted method of teaching wherein the teacher stands in front of the class and addresses the class and is designated to complete a certain portion of the syllabus which has been already decided as per an academic calendar. The students are individually responsible to fulfill the assignments and homework and are subjected to the marking system.

Though everything comes with its own share of mishaps and boons, we still have to see the silver lining in our rooted teaching methodology even though there will be a few. Let us have a look into some of the key advantages of the Indian Education system.

Direct Interaction with the teachers as opposed to a digital mode

Even though the advantages are generic in nature we still need to necessitate them as they are necessary for maintaining a certain decorum in the class. Now let us dive into some of the key disadvantages of our Indian Education System.

As we have seen from the above-mentioned factors, our Indian Education system has been in some mess for quite a while. However, with the emergence of digitalization, there are several changes that have been implemented in the teaching methodology. It has brought a form of order to not only the method of teaching but also making students a more involved part of the learning process. Digitalization in classrooms has changed the education system. Some factors have really hit hard and some just had a brush of change wave, but there has been a viable change as a result of it.

The emergence of the Indian Education system through digitalization:

Let us look into some of the aspects that have been hit by this change wave brought to the Education system in India:

The digitalization of education has made education totally student-centric. All the chapters, the dips, and the deviations have been designed across gauging the interest of the students. Be it motion chapters or 3d based explanations, the entire learning faucet has been designed to keep in mind the engagement value of the students. Even the instruction strategy is not memory-focused, it is more focussed on learning.

Digital and technical learning are all about a plethora of various modes of sensory stimulation. Unlike its counterpart, it is not about handling just one mode of stimulus which involves the blackboard and makes learning rather monotonous. After all, colors are all about enriching your visual stimuli. Digitalization involves rich media modes such as video learning, animated chapters, 3d chapters which entices your visual stimuli and attention to the fullest. They make the classes enriched and entertaining.

Digitalization helps in keeping the students hands-on with all gadgets and devices on which they are required to access their notes, connect with peers for collaborative project efforts and build multi-faceted presentations with infographics. This not only enhances their personal skills but also enhances their technical skills. It prepares them for the world of tomorrow unlike the traditional method wherein there is no scope of any technical and collaborative hands-on learning.

E-Learning and digital classrooms are more about enhancing the way students can learn. It captures different aspects of the same chapter and different ways in which a particular terminology/explanation can make sense. It is more about adopting an all-in-all pragmatic approach to learning. The construct of digital classrooms is solely dependent on the ease of the learner unlike the traditional method of learning which mainly passes its knowledge from limited and authoritative sources.

Conclusion:
Digital learning or Modern learning by a method is an integrated model of learning. It works best when we can combine traditional resources with technology. Neither can technology alone reap wonders on to a mind neither can a restrictive curriculum. However, if both of them chuck their differences behind and build a 360-degree collaborative learning environment then nothing can beat our country to once again become one of the greatest pioneers of learning.