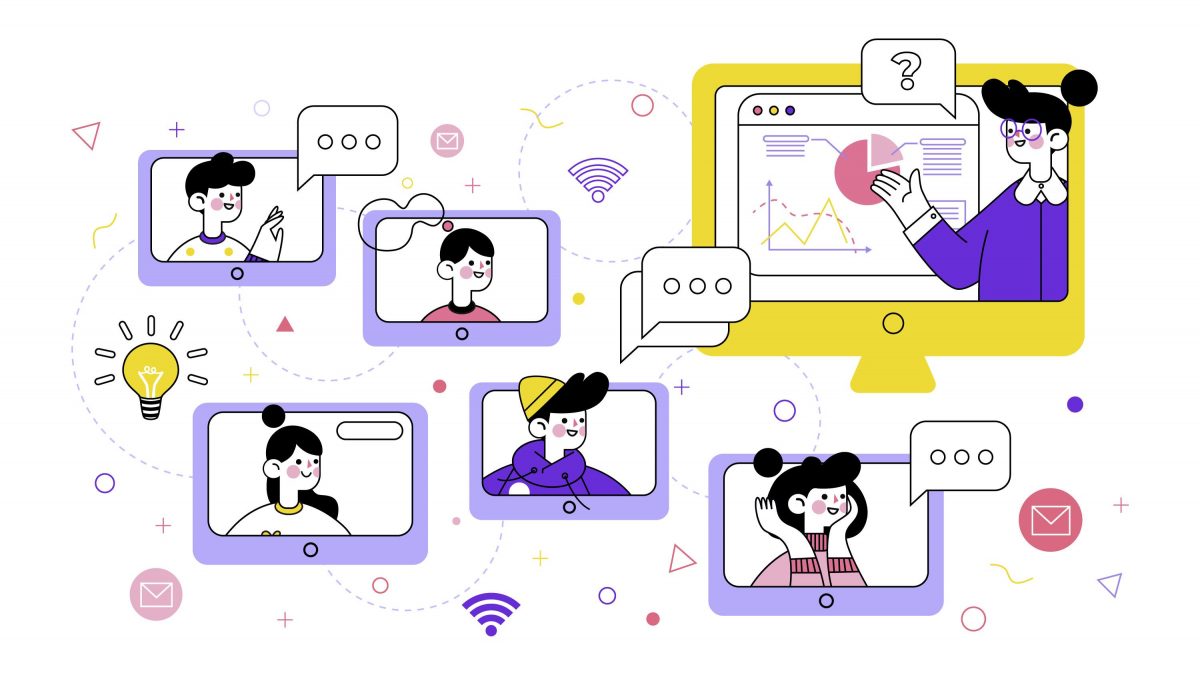 Typical classes have more often than not been a tad bit difficult to keep interesting and interactive. Keeping students engaged could be a challenge in normal in-class settings, let alone zoom-class settings. With the outbreak of the pandemic, Zoom became the most downloaded app in the U.S, by having 3.2 million downloads in the span of a week, stated Statista. With the wave of uncertainties and intensity of nervousness in the environment, conducting an adventurous class on a virtual platform could be a real brainer. Teachers and students have been keeping up their spirits and doing a number of different things to maintain the element of excitement and fun within the zoom class.

Recent updates stated that around 90,000 schools are now using zoom for classes. One such incident happened when the whole class decided to prank their teacher on the zoom class. All the students decided beforehand to turn off their cameras and rename themselves as ‘Connecting…’ so that it would appear to the teacher that everybody is having a connectivity issue, but the question of how can the whole class lose connection all at the same time, had the teacher picking her brains. It was a harmless prank and had everyone including the teacher burst out laughing when revealed.

There are a few tips and tricks that can be leveraged by teachers and students to make that zoom call worthy of an adventurous class. Let’s look at 7 of them.

There are a lot of keyboard shortcuts that can be used to quickly take actions and perform activities in a zoom class while saving time. These shortcuts, though pre-built can also be edited according to the convenience of your usage. Some very basic hotkeys and shortcuts such as Alt + V for starting or stopping a video, Alt + A for muting and unmuting audio, Alt + Shift + T for taking a screenshot, Ctrl + T for jumping to chat with someone among many others can be accessed to keep the class going seamlessly and without frictions.

Some lessons can be best taught through video and animations, and sometimes just to chill out and ensure there’s no lecture burnout, watching a movie could be a great idea. But since there’s no projector or a physical class setting, how to do that? Zoom allows you to share your screen with all your participants and show them the contents on your PC. Teachers can play a movie and share their screen with the whole class and have a movie session, where students can chat with the entire class or privately while watching the movie. But remember, the host can see all private chats.

A lot of people during a zoom class keep their videos and audios off, and text on the chat to express or put across their comments. But it can sometimes be misinterpreted or not understood clearly while sometimes seem too formal. To keep the zest up, teachers and students can use emojis and emoticons to react and express. There are a number of fun emojis that resemble human expressions such as laughter, sadness, giggles, excitement, smiles, party, and many others that are a fun way to display your reaction to others.

This has to be one of the most entertaining and interesting features of zoom calls. Backgrounds are the functionality that can be used to change the background of your current setting in the video that will be visible to others. You now do not have to show your students your kitchen in the background, you can show them a landscape from New Zealand somewhere around the beach on the shacks. There was another zoom class video on the internet that had a person wearing the mask of Queen Elizabeth and having a picture of Prince Phillip and the Queen on the throne as the background. Though a joke, this could be a fun way to teach the class different things and conduct several activities.

I think it is safe to say that we all agree that a lot of information that comes across us is not retained by brains. Teachers conduct so many classes with different activities and students end up forgetting what the whole point of the class was. And there are also times when students are unable to attend these online lectures. Hence, the zoom has given teachers the option to record their classes locally or on the cloud which can be shared with whomever wishes to take the lecture again.

A class has so many students and looking at the changing screen whenever someone talks can be chaotic and confusing. Therefore, teachers can now have an overview of the entire class consisting of all the students that have participated in the class and look at all of them at a glance. This feature is called the gallery view. Gallery view is being harnessed by teachers and classes to perform for videos, have music sessions, and play games with the whole class being visible all together on the computer screen.

Teachers can declutter their classrooms on the zoom call by making use of the Breakout Room feature. This attribute allows teachers to create different sessions by splitting the same meeting. It is up to the teacher to enter students into these sessions by splitting them and choosing what session to participate in at any given point to time. These can be utilized for group projects and assignments where a session consists of participants of a group.

Zoom calls have been keeping things from falling apart and all set-in motion. Schools quickly made a paradigm shift to zoom classes and now it’s a norm that everybody follows. So why not make it fun and adventurous?