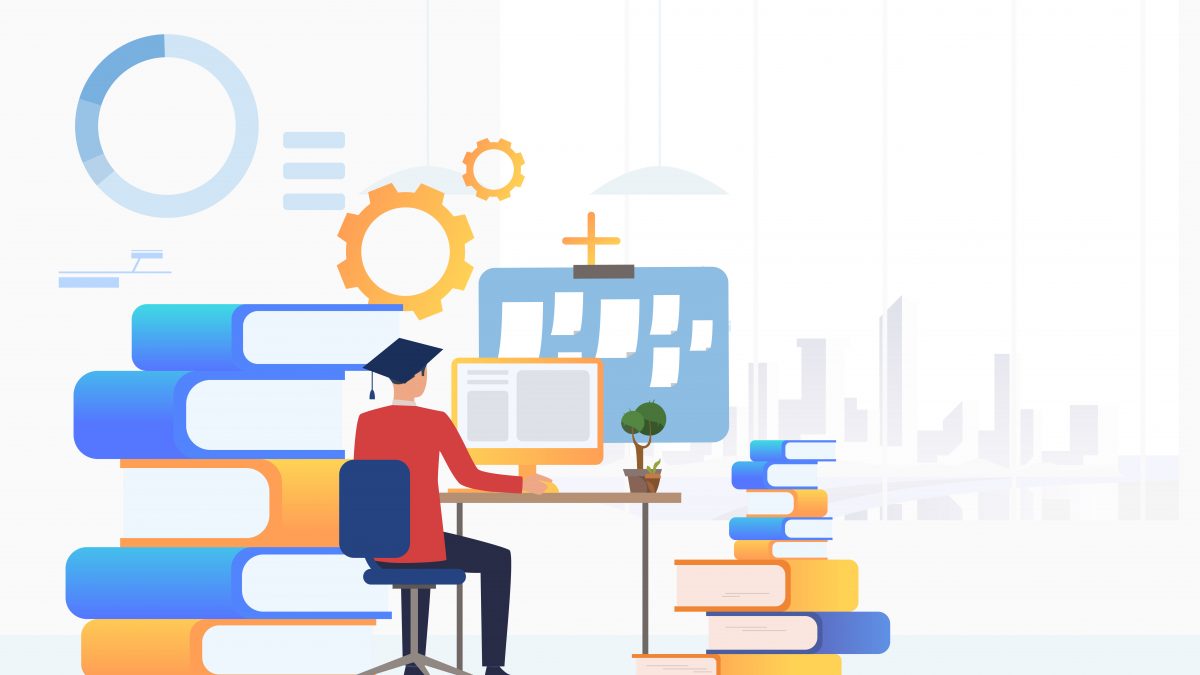 Top 5 ways in which Blockchain has revolutionized the Education sector

All of us must have heard about the revolutionary Bitcoin and how it impacted and helped people gain so much more than what they had invested. This happened a few years back and appeared to have gained popularity almost all of a sudden. Most of us also wondered about how exactly this whole Bitcoin thing works. And that is when we stumbled upon the term ‘Blockchain’. To many, blockchain is equal to bitcoin, which is not the case.

Bitcoin just uses the blockchain technology for transactions. Let’s think of it like Rubik’s cubes connected to each other with a chain, the cubes or blocks store digital information on them with a unique identity- like a username. This information cannot be altered and is independent of a central authority. Blockchain is a distributed ledger and each block is added to the end of the chain.

The technology of Blockchain has almost created a ripple effect in several industries. According to a report by Your Tech Diet, the blockchain-based cryptocurrency did exceptionally well at the beginning of 2020.

Its largest asset earned more than 50% gains between the first two months- Jan and Feb. it is being used in the:

One sector that is curious about using blockchain’s application is the education sector. The education sector is looking for ways it can make use of the seismic enablement provided by the blockchain in the system. Do you think blockchain actually makes a difference? Well, it is paramount to keep an eye on the potential of blockchain and how it is being used in this sector currently.

How do you think blockchain can be useful to students, schools, and teachers? If you have the same question in your mind, here is your answer.

Students, throughout their entire education-lives, achieve several certificates, degrees, diplomas, reports, and various other documents that showcase their qualifications. But there is usually an intermediary needed to verify them. This makes it very tedious and involves a lot of paperwork. Blockchain can solve this problem by removing the need for an intermediary and storing and maintaining these records digitally on the system.

Students also require documents to prove their identity to systems and institutions. Instead of carrying identity proofs at all times, students can store and carry their identities on a decentralized network along with having data portability. Data management and authenticity verification tasks can be shortened, and more efficiency could be brought in.

Students spend so much money on their education that they are actually indebted by it. The Federal Reserve had mentioned in a report that more than half of the students take a debt to pay for their education.

Education is expensive, but blockchain can help with the same. How you may ask? Open Source University! OSUs have affordable courses that are owned by them, as they make use of a unified blockchain as their foundation. OSUs allow their users to store their academic credentials which makes these courses more legit. They have become quite popular as the alternate means of education, as credentials stored on the blockchain database are easily accessible and verifiable.

Students, teachers, faculty members, everyone today is writing and creating some form of content. Blockchain can play the field for these creators, editors, authors, writers, and publishers by creating a publishing platform. Users can publish their content, projects, and share ideas on the platform and get access to others. Creator’s work is published, and the ownership is in their name itself. Their work can be accessed or purchased with tokens. They get 90% of their royalties and still have the freedom to publish their content anywhere else. There is limited to no scope for issues regarding IPR and other copyrights.

Storing and managing data of every stakeholder on an entire university, along with confidential documents can be a high-risk task. There are several cyber-attacks, ransomware, and hacking that make these systems vulnerable to data theft and data alteration.

It imposes a huge risk to the credibility of the institution. Using the blockchain technology to develop a secure infrastructure for data management and storage can make it tamper-proof and low risk. Blockchain has the characteristic of no alteration and hash functions for identity recognition. Users assigned specific roles can perform only the said roles and functions. It safeguards student and management data.

Smart Contracts use the distributed ledger technology which is basically the execution of agreement once the mentioned requirement and conditions are met. They reduce the paper workload and can validate the performance of requirements. In the education sector, this blockchain technology can be used to validate the performance of assignments and the legitimacy of attendance.

This technology uses the student and teacher “check-ins” to ensure that the smart contract is executed. These check-ins can be as easy as clicking a button on the app. The execution is once the conditions are met and then the users are provided with some micro-credits.

So, how do you think that blockchain is pertinent to the educational ecosystem?

We know that it has a long way to go before being completely established in this sector. But the first steps seem promising and the potential of blockchain has no boundaries. The education sector will be seen flourishing with the security and simplification of processes with the footprints of blockchain. The ripple effect that we talked about in the beginning has already started showing its impacts in several industries and now the education industry is also leaning towards creating the same. It would be interesting to see what innovators have in store for blockchain in education.